Weird and wonderful things found in self storage units

Self storage units are used by so many people for a variety of reasons. Extra storage space for the increasing amount of belongings at home; the essential low cost option that means you can manage your business overheads effectively; storing work tools so they don’t clutter up the garage at home; all very common reasons for using self storage. So, on the face of it those types of uses don’t really convey images of treasures being lovingly stored. But, nonetheless there have been treasures found in long forgotten self storage units as well as some more extraordinary things.

It has to be said, that most weird and wonderful finds seem to come from America – maybe we’re a bit more careful about our storage units in the UK. A statistic from back in 2011 stated that in America there were more than 50,000 abandoned storage units! Because of that programmes like Storage Hunters and Storage Wars, where people battle it out to win the contents of units in auctions hoping to find something of value have become more popular. Whilst it makes for good viewing, sometimes when you see someone’s personal possessions being picked through I can’t help but think it’s a little sad. Photographs and personal items that maybe should end up with family members, cast aside and thrown away because there’s no financial value in them.

There is something that you should take from these programmes. If you are using self storage long term, make sure there is someone other than you that knows about your unit. Give your centre manager an emergency contact should they be unable to get in touch with you. That way, you’ll know that your unit will not lie forgotten and the contents sold or destroyed should anything happen to you.

Now, let’s move onto to some of the weird and wonderful things that have come out of long forgotten self storage units.

Treasure
Yes, real treasure! In 2011 a chest of golf and silver coins was discovered in a unit that had been auctioned off in California. It turned out to be 16th century Spanish gold worth more than $500,000.

Rare Comic Books
A copy of Action Comics No1 was found, again in a California unit auction. There is a bit of a story that goes with this one, in that the comic originally belonged to the actor Nicholas Cage and had been stolen. Once returned to the actor it was later sold for more than $2m.
In a separate find in 2010 a collection of rare comic books were later sold by the unit buyer for $130,000.

Rare Cars
A 1937 Bugatti 57S was found in Newcastle Upon Tyne back in 2009. Whilst technically not in a self storage unit, the car was locked up in a garage for over 50 years and was only discovered following the owner’s death. It sold at auction for $4.4m and has since been fully restored.

Memorabilia
The numbers and types of these finds are many. They include things like, Hollywood memorabilia which included Disney film cells, publicity photographs and autographed work estimated to be valued at more than $1m. Michael Jordan’s recruitment letter along with other memorabilia was found in unit bought for a few hundred dollars and were estimated to be worth more than $250k. Elvis, Amelia Earhart, the Beach Boys and Michael Jackson memorabilia are all storage unit finds that turned out to be extremely valuable.

A leg
Yes, one single leg! Found in 2007, the leg was part of the contents of a self storage unit auction in South Carolina. It turned out the previous owner had his leg amputated but asked to retain it so he could be buried with it when his time came. A strange legal battle ensued over custody of the leg after the new owner tried to profit from showing the leg in public! The leg was eventually returned to its original owner.

A live hand grenade
Not the sort of surprise you want to find! In America it’s not that unusual to find guns in storage units, but this was a little different. Needless to say, the authorities were called and the bomb squad dealt with the grenade.

Faceless money
A trunk with $24,000 in cash was found in America in a unit bought for $400. The problem was that each bill in the trunk had the face on it cut out. However, it seems that the US Treasury will accept faceless bills just as long as their serial numbers are intact so the buyer had a decent payday!

A body
Whilst some people may eventually store an urn of ashes, not many people would think to store a body. It seems incomprehensible that someone could even get away with that but in one instance in Florida grandmother (in her casket) was kept in a storage unit for 17 years. The secret only came to light when the storage company told the family the units were going to be auctioned to recover unpaid rent.

In the UK there is the odd wonderful find, but it’s clear that most of the stranger things pop up across the pond.

If you need storage space, at Space Centre Self Storage we have self storage units of various sizes in 3 locations in Bristol, Gloucester and Stroud. We can store whatever you need as long as it’s legal and within site regulations. Get in touch if you need help or advice about storing your goods. 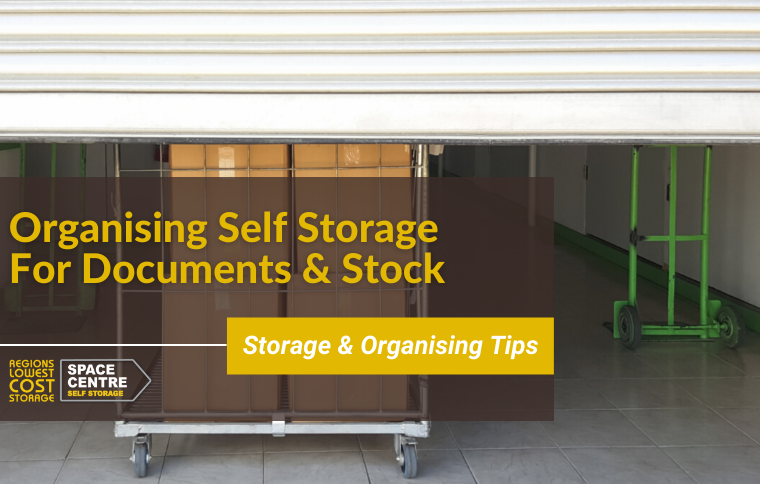 What Is The Best Way Of Organising Self Storage Units?

People use self storage for various reasons but whatever it may be, the idea is to keep your belongings in tip-top condi... 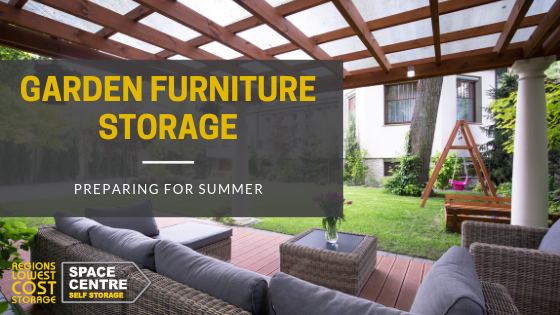 Where has the year gone as it’s at that time again where we talk about garden furniture storage and preparation! We ha... 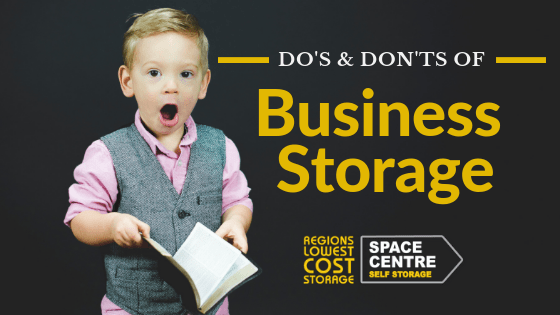 Dos and Don’ts of Business Storage

Many business owners would agree that business storage is rather limited as not everyone has sufficient space to store e...