We’re no strangers to a challenge here at Space Centre Self Storage! Directors Mark & Lucinda Dangerfield, along with staff and family, have run, cycled and rowed for various charitable organisations over the years and this year we’re adding swimming to the list.

In September Lucinda, along with her two sons Will and Louis, will be completing the Swim Serpentine event in Hyde Park London. Now in its third year, Swim Serpentine is held in and around the beautiful Serpentine lake in Hyde Park which is where the open water swimming competition was held at the London 2012 Olympic Games. The festival is organised by London Marathon events.

With a full lap of the lake measuring approximately one mile, participants can choose to swim either half mile, one mile or two mile distances. This year the event is being held on Saturday 22nd September. There will be thousands of swimmers taking part with different waves of swimmers setting off at regular intervals through the day.

The family will be swimming in aid of Alzheimer’s Research UK – a charity close to their hearts as Will and Louis’ grandmother suffers from Alzheimer’s disease.

In the UK alone, there are an estimated 850,000 people living with dementia and around 700,000 informal carers looking after those with the condition. One in three people will develop dementia at some point in their lives and the prevalence of the condition is expected to rise rapidly over the coming years.

Despite government focus on dementia over the past few years, research into the condition only receives a very small proportion of the government’s medical research budget. Research into dementia is very underfunded when compared to the amounts committed to other conditions such as cancer research and heart disease. Charities such as Alzheimer’s Research UK aim to raise awareness and investment in dementia research to a higher level to help progress towards a cure. 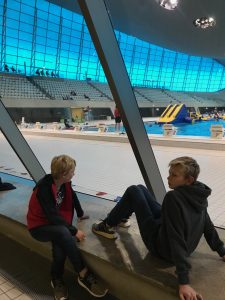 Lucinda will be swimming the one mile course (one full lap of the lake) whilst the boys will be doing the half mile course.

“We are starting to train at the local leisure centre in Stroud and then we will try some open water swimming at the lake in South Cerney” said Lucinda, also adding “I am not a keen swimmer and I really hate being cold so I think it will be quite challenging for me. The boys however are very enthusiastic and looking forward to the event. They have not done anything like this before so I hope it will encourage them to do other charity events in the future”.

The warm weather at the moment is helping with the outdoor swimming practice, even though the water is still very cold. Thankfully, wet suits to keep the cold out are a requirement for this event!

We’ll update you on the progress of Lucinda and the boys closer to the event, and of course, we’ll let you know how they get on at the event in September. 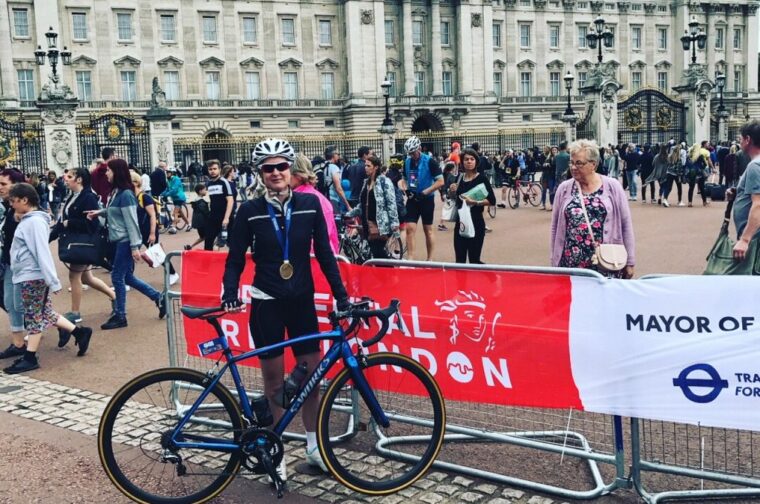 Over the last few years, the dedicated Space Centre Self Storage team has taken part in a number of events. While cyclin...